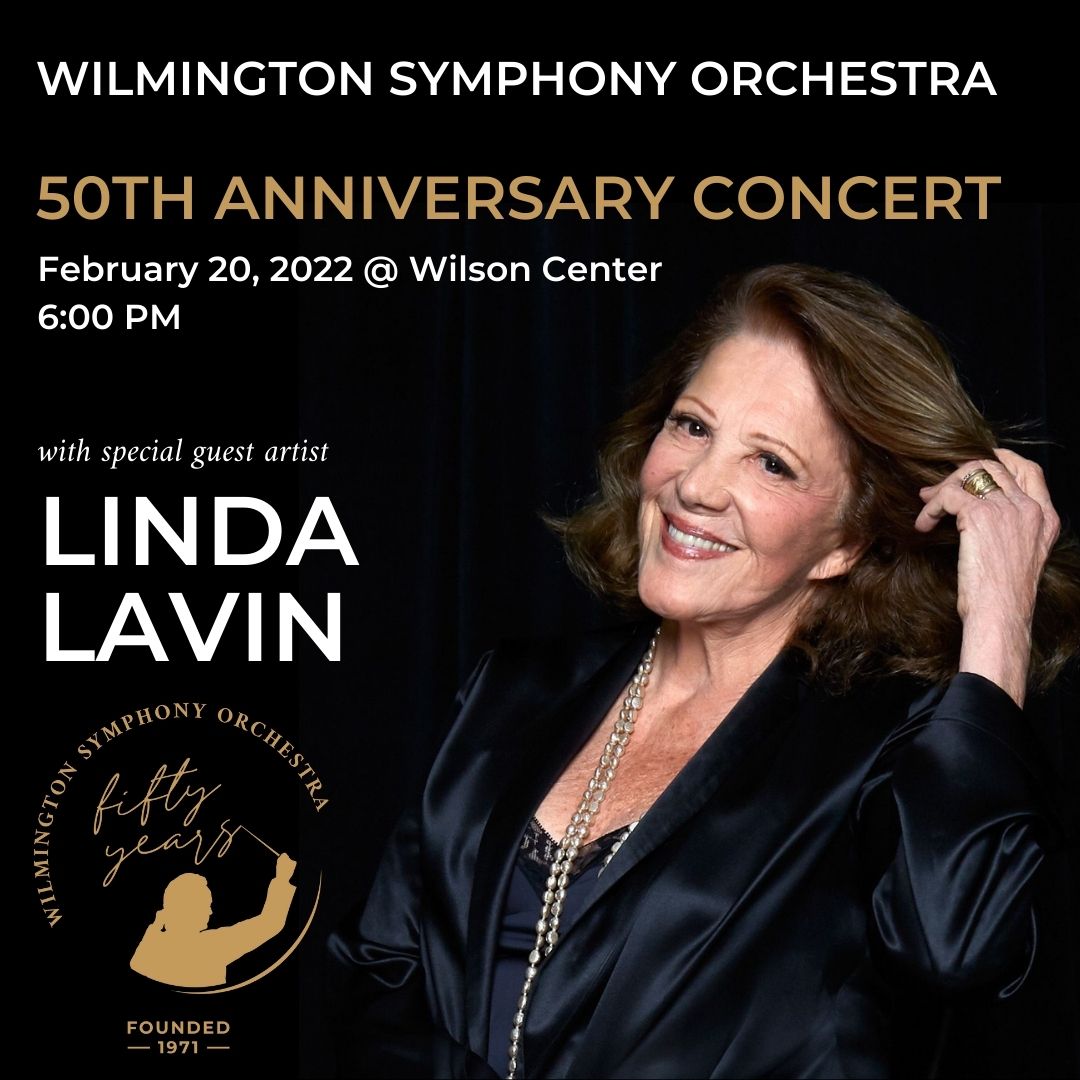 Did you know WSO’s first concert performed was on February 20, 1972? Join us for a special evening celebrating the 50th anniversary on the precise moment of your orchestra’s first concert! The inimitable Linda Lavin will return to Wilmington and once again grace the stage to commemorate the occasion with the Orchestra. The concert will also feature heart-warming and inspiring performances by the 2021 Richard R. Deas Young Artists Concerto Competition winners.​

The celebration continues with a Soirée!
Continue the 50th Anniversary celebration and attend a Soirée before and after the 50th Anniversary Concert! The pre-concert Soirée begins at 4:00 and features fine food, wine and remembrances of 50 years of great performances. The experience ends post-concert backstage celebrating with WSO musicians. Tickets to the Soirée are $75 a person and sold separately.

LINDA LAVIN
Linda Lavin is an American actress and singer. She is known for playing the title character in the sitcom Alice and for her stage performances, both on and off-Broadway. Linda began acting on Broadway in the 1960s, earning notice in It’s a Bird…It’s a Plane…It’s Superman in 1966 and receiving her first Tony Award nomination for Last of the Red Hot Lovers in 1970. She moved to Hollywood in 1973 and began to work on television, making recurring appearances on the sitcom Barney Miller before landing the title role on the hit comedy Alice, which ran from 1976 to 1985. In 1987, Linda returned to Broadway, starring in Broadway Bound, Gypsy, The Sisters Rosensweig, The Diary of Anne Frank and The Tale of the Allergist’s Wife, among others. In 2010, she appeared as Ruth Steiner in Collected Stories, garnering her fifth Tony nomination. She starred in NBC’s short-lived sitcom Sean Saves the World as Lorna and the CBS sitcom 9JKL. She currently has a recurring role on the CBS sitcom B Positive.