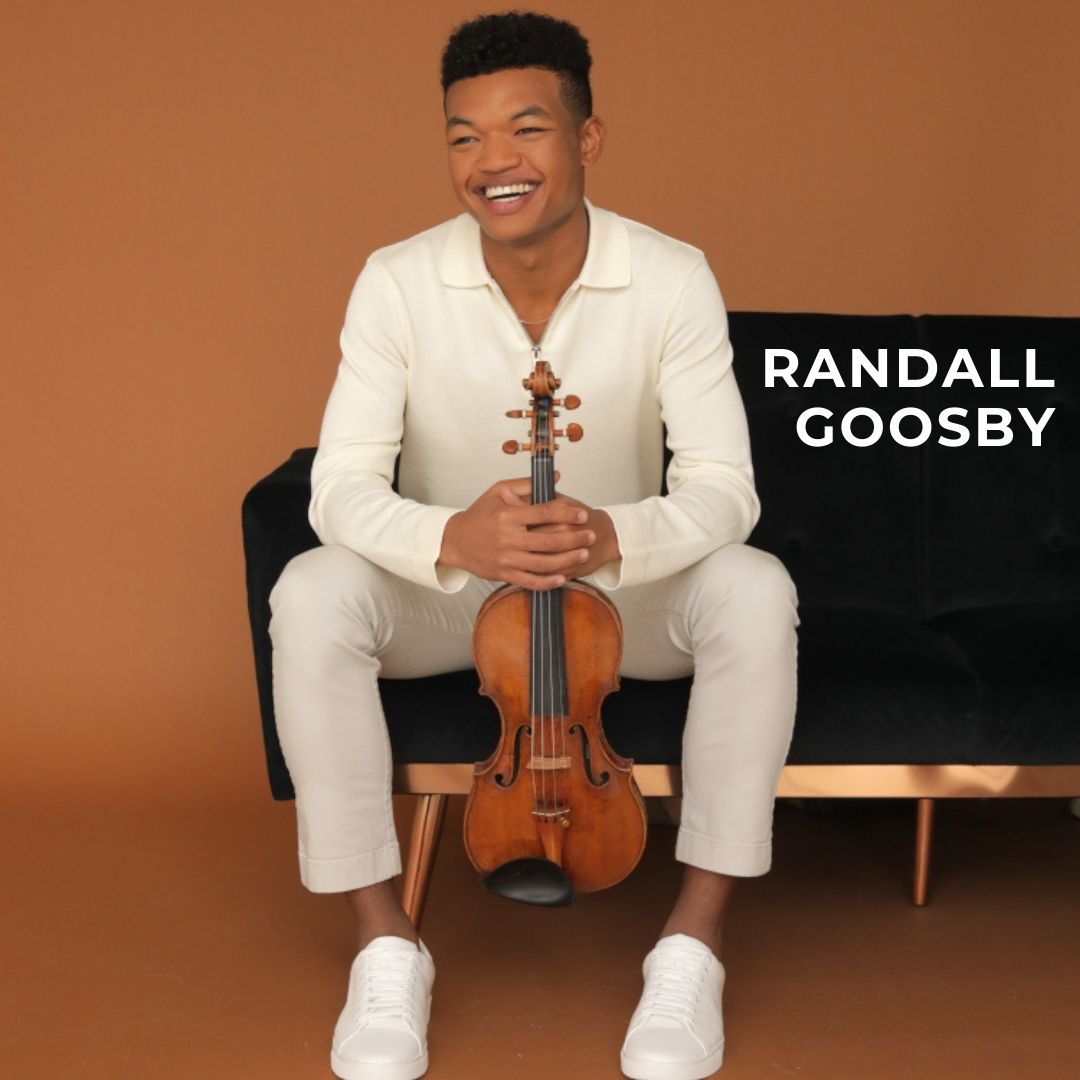 When asked what his dream concert is, Randall Goosby responded, “My dream is to look into the audience and see people of all ages and cultural backgrounds enjoying the concert.” Violinist Randall Goosby is a protégé of Itzhak Perlman and recently signed a contract with Decca Classics. He will perform Max Bruch’s romantic Violin Concerto No. 1 with the Wilmington Symphony Orchestra on January 23, 2022 at the Wilson Center.

RANDALL GOOSBY
Randall Goosby began violin studies at the age of 7 and made his solo debut with the Jacksonville (FL) Symphony at age 9. At the age of 13, Randall was the youngest participant ever to win the Sphinx Concerto Competition. He is a recipient of Sphinx’s Isaac Stern Award and has made two appearances at Carnegie Hall as part of the organization’s Young Artist Development Program. The New York Times raved that in his Carnegie Hall debut performance of Ysaye Solo Sonata No. 3, he “exerted a masterly level of control and lavished an exquisite tone…his performance won him a deserved standing ovation for its sheer virtuosity.”

Randall has been featured on National Public Radio’s “From the Top,” and he has been honored as a Rising Star of the Stradivari Society. Randall was a prize winner at the 2018 Young Concert Artists International Auditions, leading to his addition to the artist roster of Young Classical Artists Trust in London. As YCAT’s inaugural Robey Artist, in partnership with London Music Masters, Randall mentors and works closely with young musicians in schools around the UK. He is also a recipient of a career advancement grant from the Bagby Foundation. He has spent his summers studying at the Perlman Music Program, Verbier Festival Academy, and Mozarteum Summer Academy, among others.

As a soloist, Randall has performed widely throughout the USA, having appeared with the Cleveland Orchestra, New York Philharmonic, and the New World Symphony Orchestra, among others. He has also given recitals at such venues as the Kennedy Center (Washington D.C.), Kaufman Center (New York City), and Wigmore Hall (London).

In addition to his concerts, Randall shares his love of music through community engagement programs for public schools, children’s hospitals, and music programs across the USA. Through Concerts in Motion, a non-profit organization in New York City, he provides private house concerts for elderly and otherwise homebound patrons. In addition, he gives private virtual performances for COVID−19 patients through Project Music Heals Us.

Randall received a full scholarship to The Juilliard School’s Pre-College program and has earned his Bachelor of Music and Master of Music from Juilliard under the tutelage of violinists Itzhak Perlman, Catherine Cho, Laurie Smukler, and Donald Weilerstein. He is now pursuing an Artist Diploma at Juilliard, where he will continue his studies with Mr. Perlman and Ms. Cho. Randall was a proud recipient of a Kovner Fellowship throughout his collegiate studies at Juilliard.

He currently plays on a Guarneri del Gesu (1735) on generous loan from the Stradivari Society.
​
www.randallgoosby.com