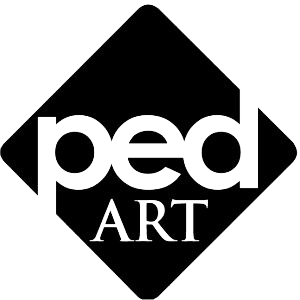 The temporary installation of 10 new sculptures in 2021 energizes our streetscape and is a visual reminder to residents and visitors that Wilmington is an arts destination.

Please feel free to take photos of and with the sculptures and post on social media using the hashtag #pedart.

Jessica Bradsher is a visual artist specializing in metal sculpture and painting who is living and working in Greenville, NC. She creates with themes ranging from whimsical to contemplative in her outdoor sculptural pieces. In Jessica‘s most recent series, she is exploring the idea of encouraging the practice of empathy in our society. Her work has led her to recently install public sculptures in Iowa, Florida, Missouri, Virginia and North Carolina. Jessica earned her MFA in 2018 at East Carolina University and currently teaches visual arts at John Paul II Catholic High school in Greenville. She believes it is important to be an example to her students of a productive, working, successful artist to show the next generation the possibilities found within the arts. 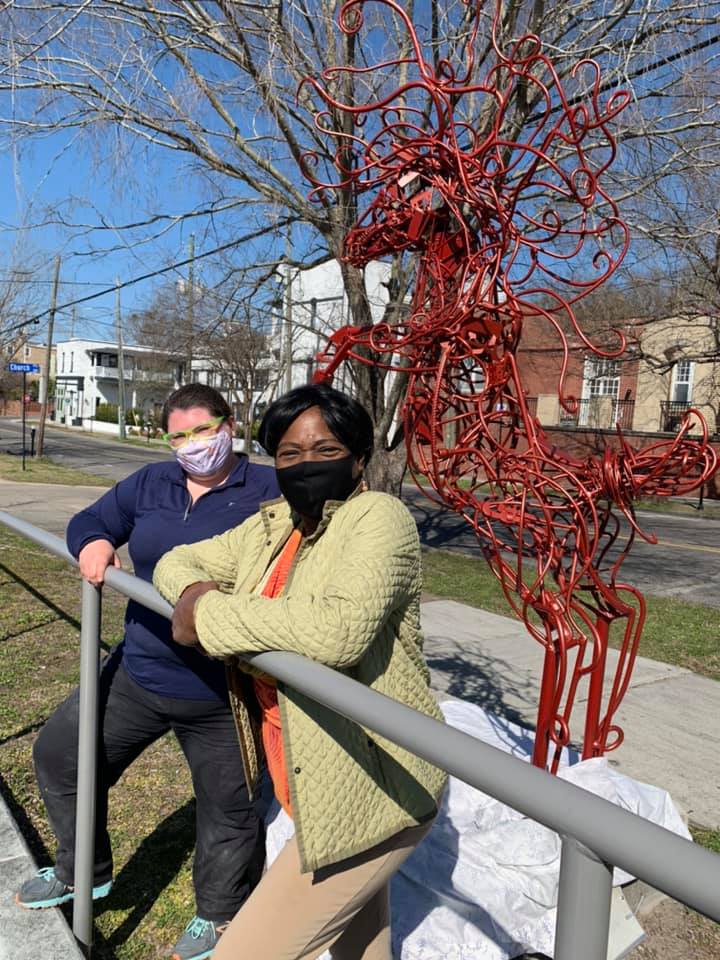 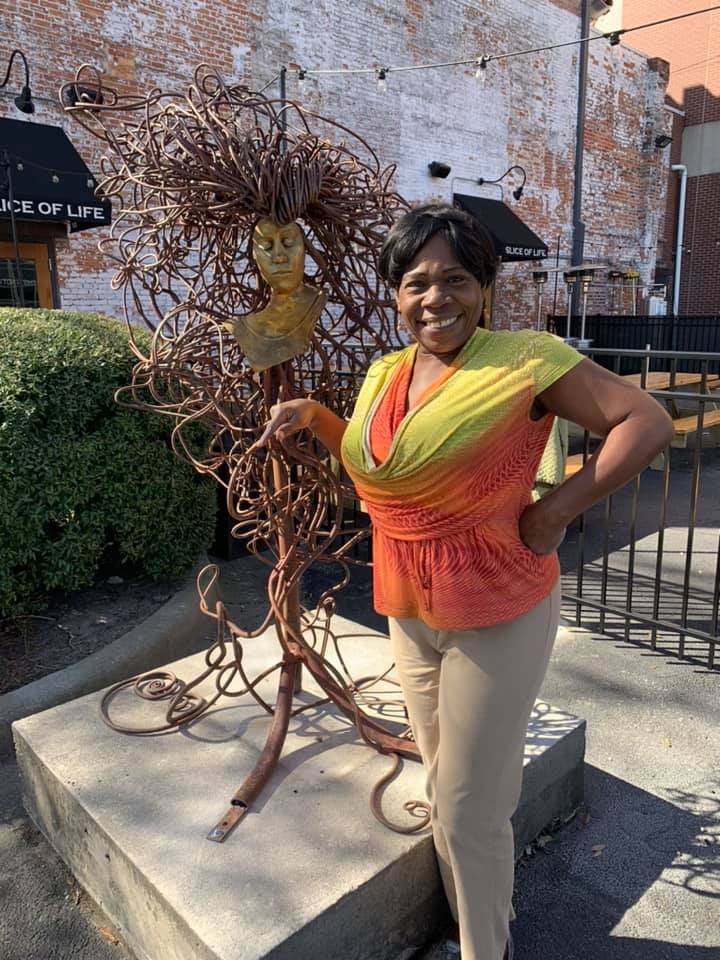 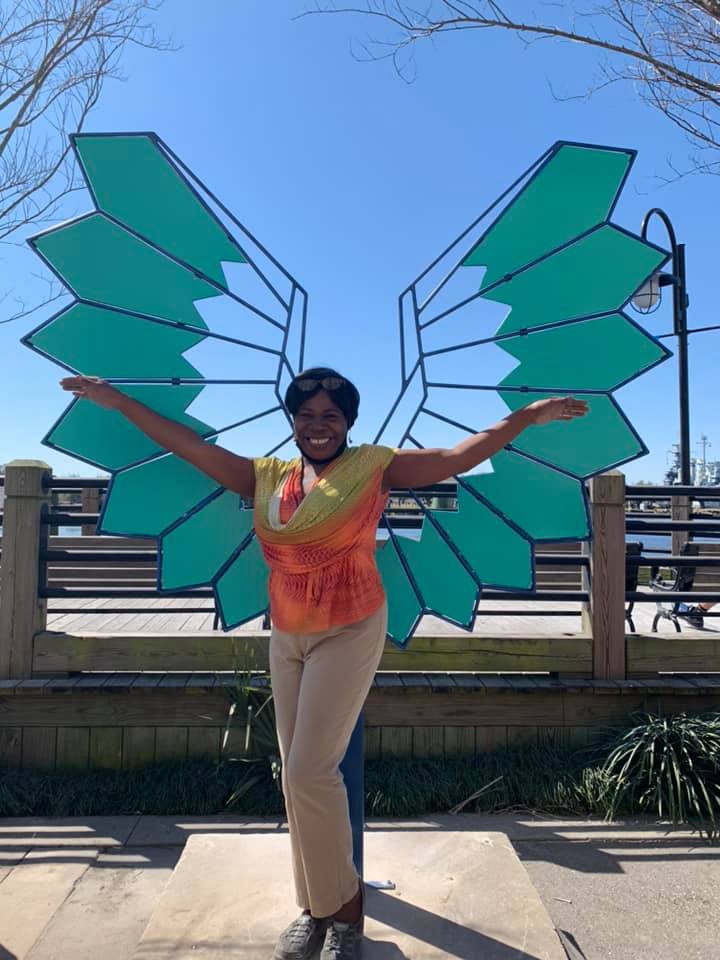 Presently, Jim works full time designing and fabricating sculpture in his Greensboro studio assisted by a staff of 6. Most of the works are commissions for public, corporate, and residential spaces around the country. For six years he showed sculpture at the Pier Walk Sculpture Show in Chicago, IL. Jim has also been selected for such international shows as the World Expo 88 in Brisbane, Australia and the 7th Henry Moore Grand Prize Exhibition at the Utsukushi-ga-hara Open-Air Museum, Hakone, Japan and UBE Japan. In 2007 Jim earned a Diploma of Nomination from the 2008 Beijing Olympics.

Jim’s most recent sculptures have utilized the element of doors and gateways. He says that, “gates have been found through out the history of Western Civilization as not only utilitarian architectural elements, but as symbols in art and literature. This symbolism arises from the paradox that the gate inherently possesses. A gate may be opened or closed; a way of passage or obstruction; a means of confinement or release. And today, the symbol of a gate is used to describe a computer chip at work, storing and releasing bytes of information. 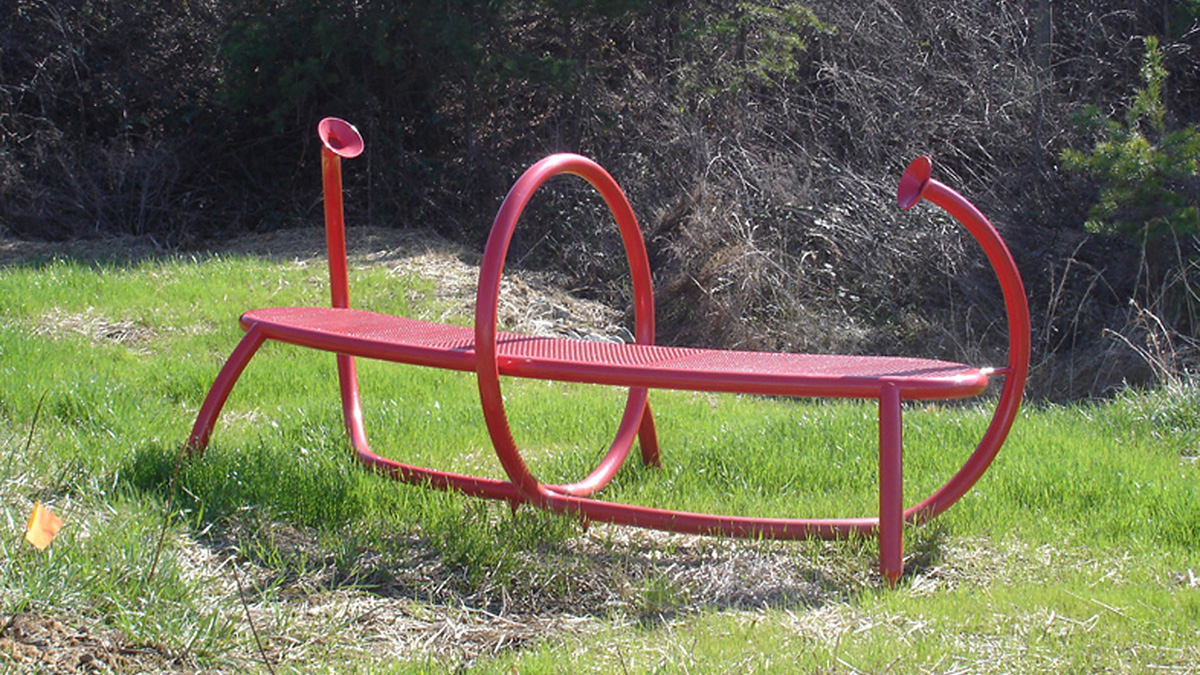 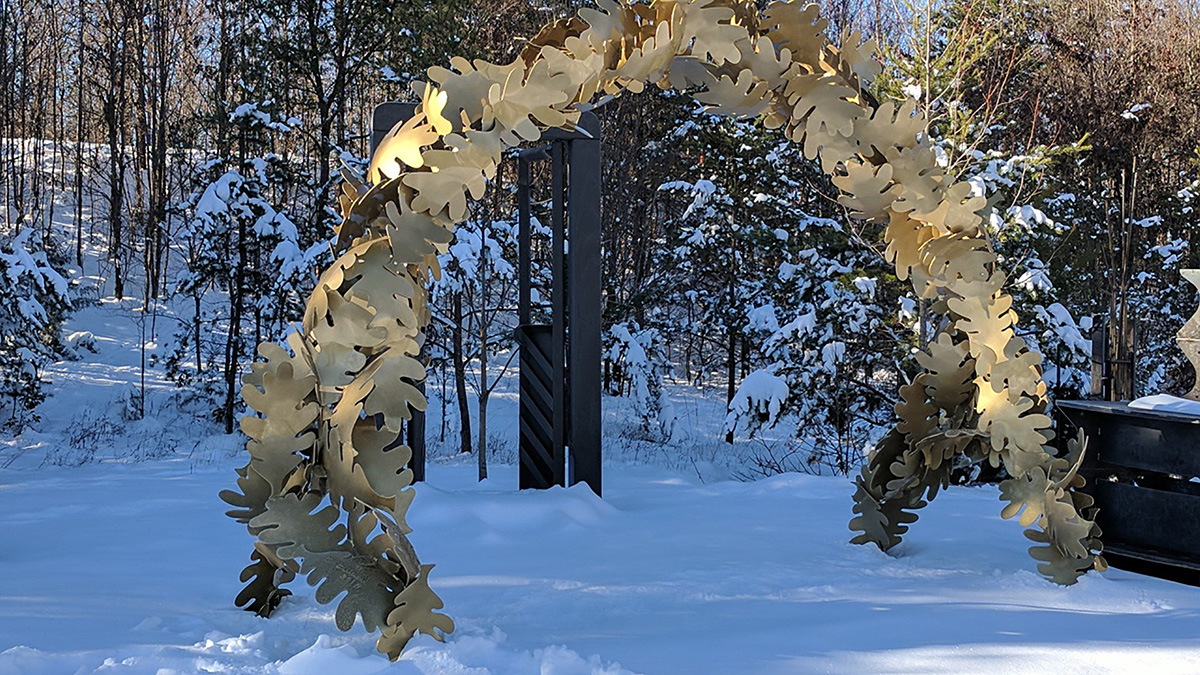 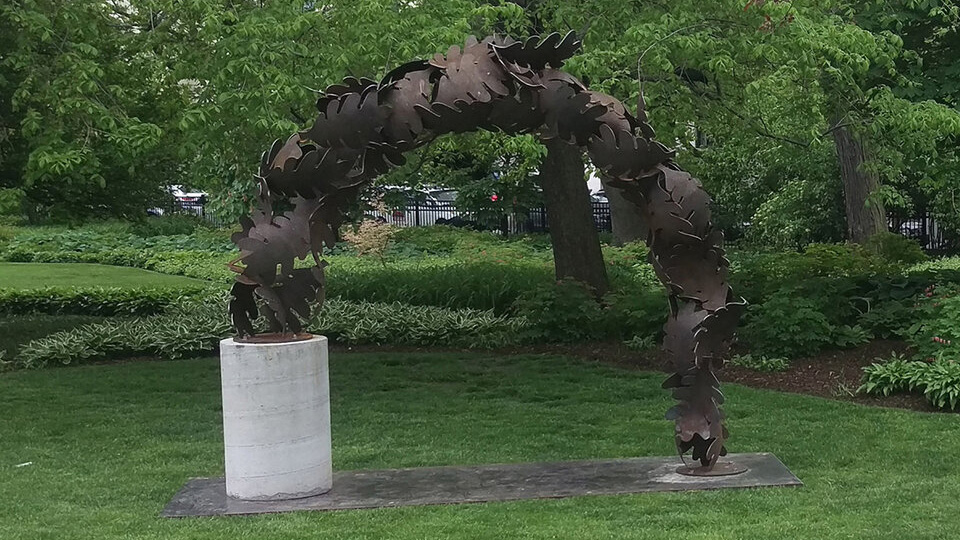 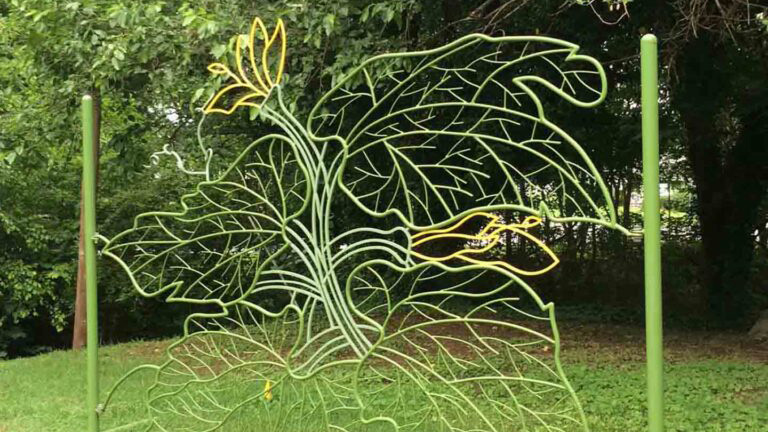 Be sure to enjoy our Permanent Collection! 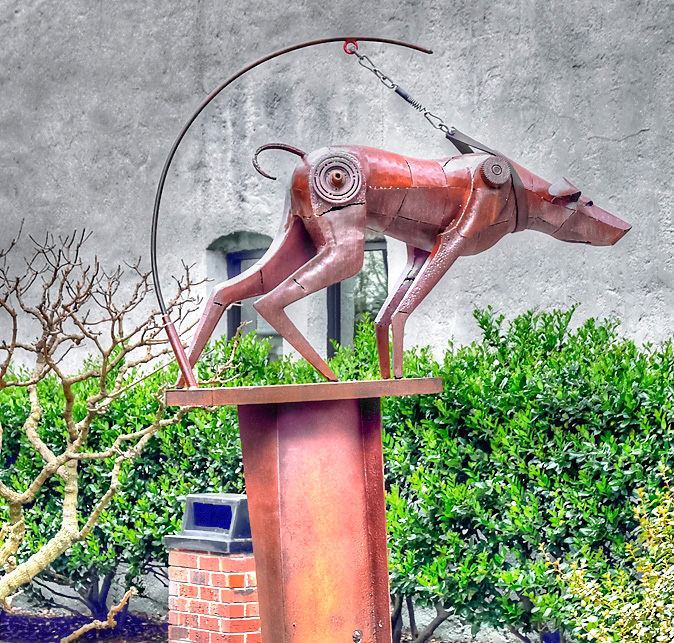 Straining to Be Paul Hill
200 block of North Front St. 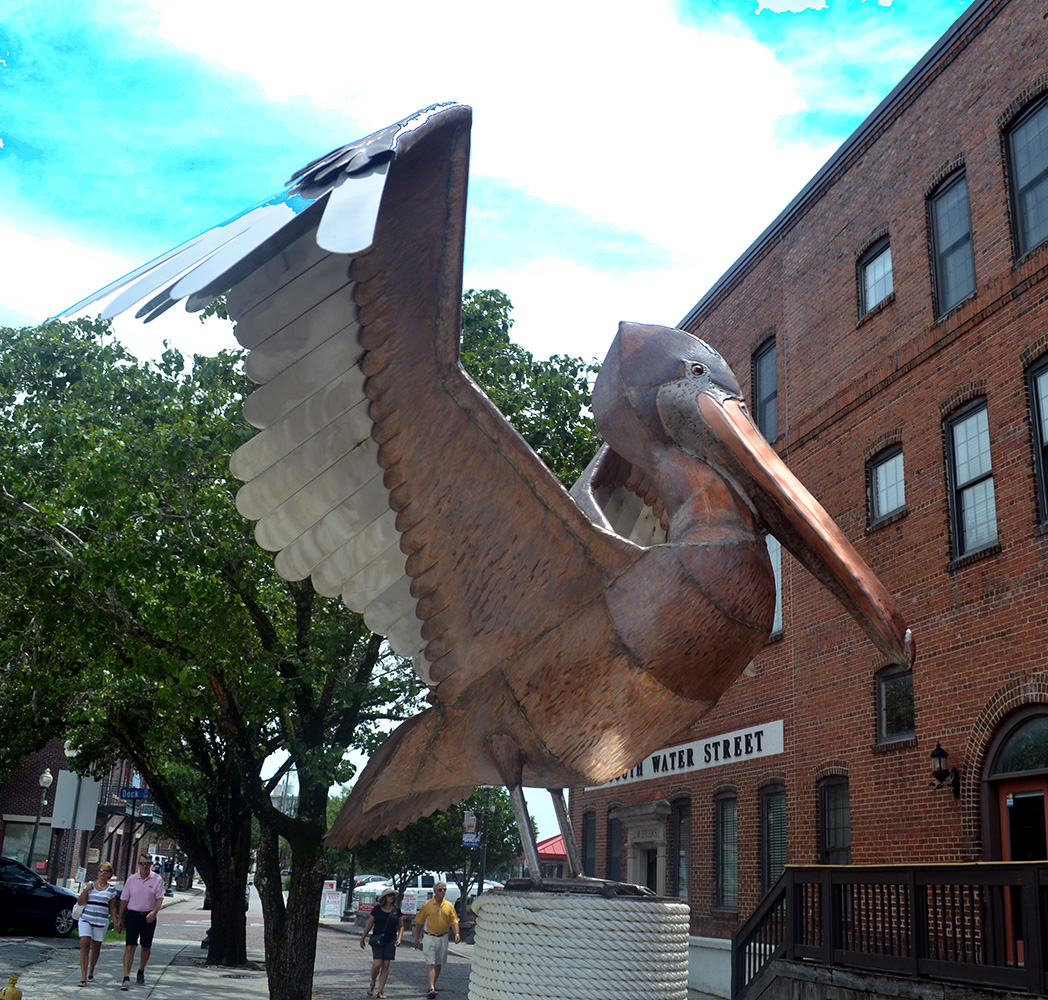 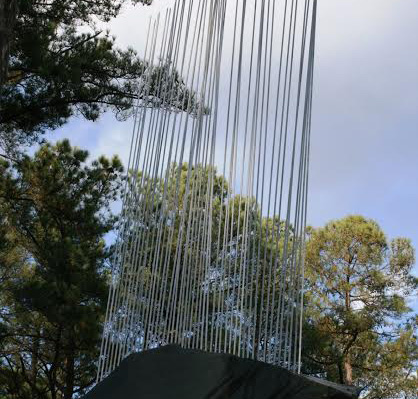 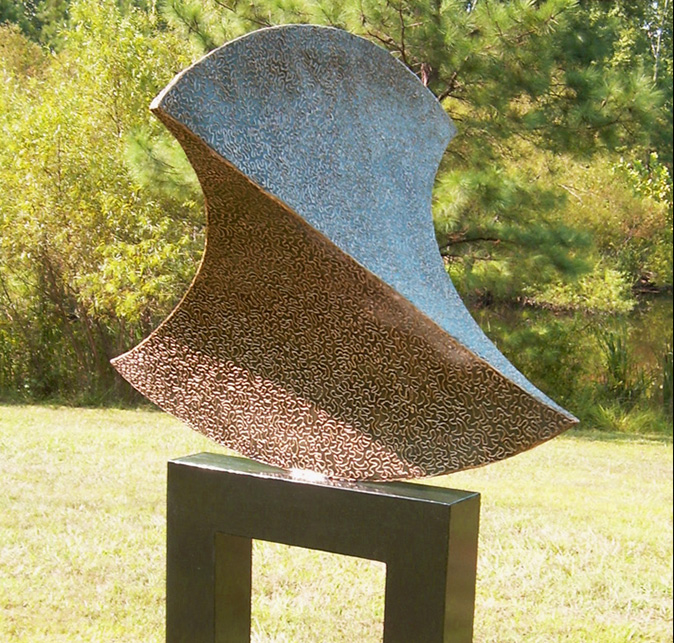