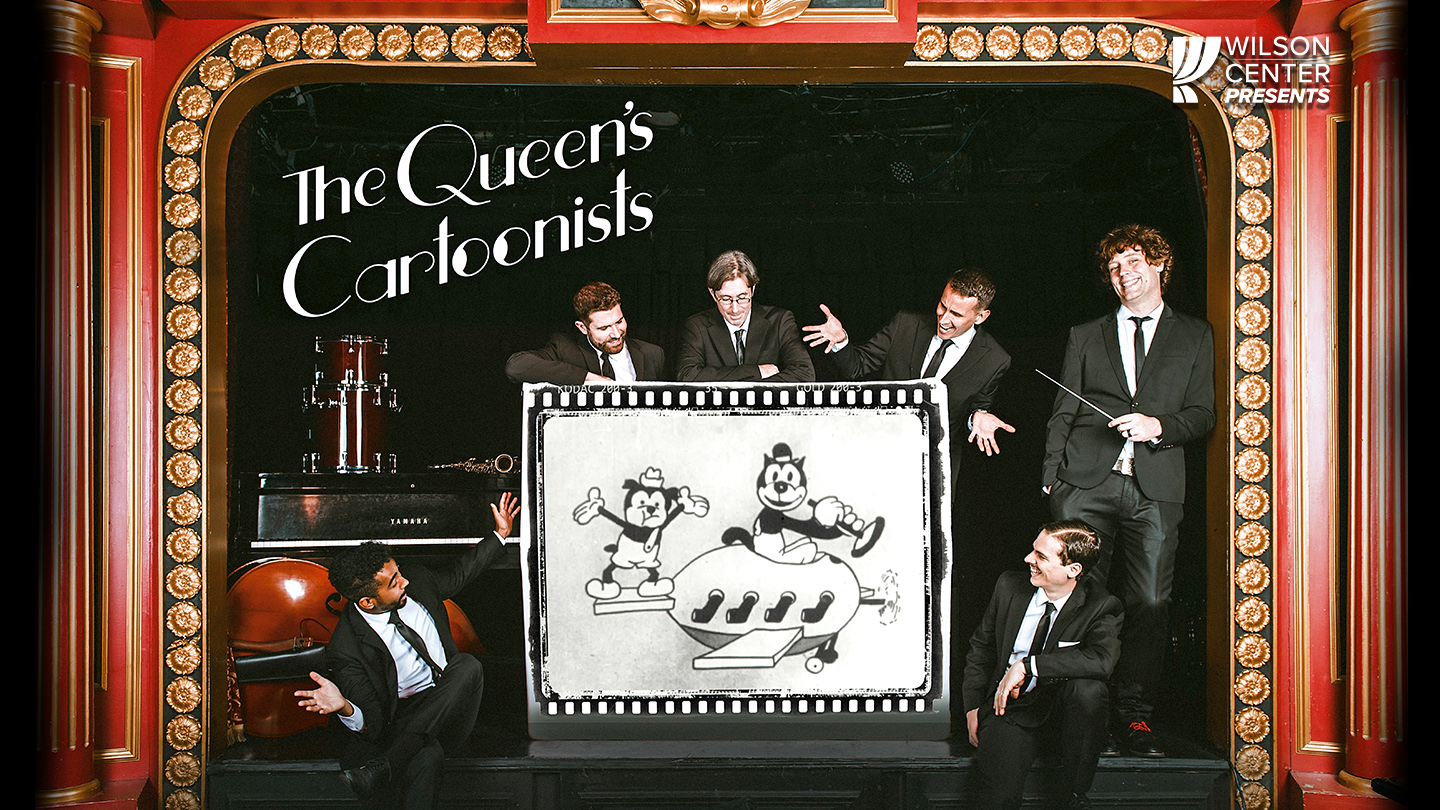 The Queen’s Cartoonists perform music from cartoons! Pulling from over 100 years of animation from around the world, TQC’s performances are perfectly synchronized to the films projected on stage. The band matches the energy of the cartoons, leading the audience through a world of virtuosic musicianship, multi-instrumental mayhem, and comedy.

The Queen’s Cartoonists will be joined for this performance by the Wilmington Symphony Orchestra, led by their new guest conductor, Dominic Talanca.

Watch your favorite classic cartoon characters interact with the musicians on stage, and expect the unexpected from the Golden Age of Animation, cult cartoon classics, and modern animated films.