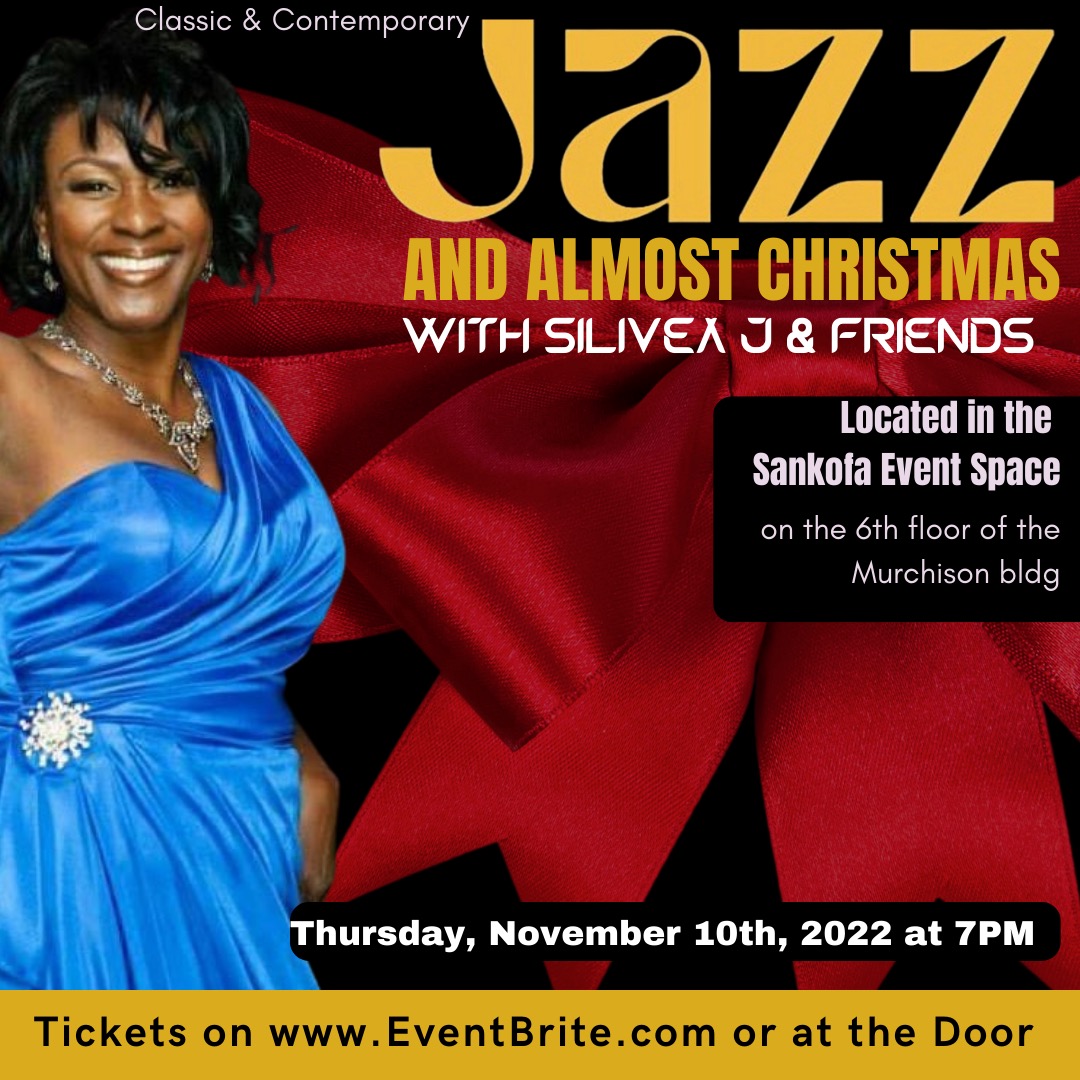 Vocalist Silivea Johnson aka Silivea J returns to the stage with classic and contemporary jazz for a special holiday infused concert with Teddy Burgh on saxophone and Carlo Rouse on bass. Silivea Johnson is an exceptionally talented female pioneer and vocalist who is also a multifaceted Recording Artist, Producer, Musician, Songwriter, Musical Engineer, and Radio Syndication Show Host/Producer. Although her primary genre is Faith-Based music, she is an extraordinary jazz vocalist who has opened for artists such as Patti LaBelle and Dionne Warwick to name a few.
Early in her professional career, as a lead vocalist Silivea recorded and toured with Billboard Award-winning Jazz Trumpeter Tom Browne, and was featured throughout on Browne’s “Mo’ Jamaica Funk” album in 1993 under her maiden name Silivea Robinson. As a live performer with Browne, Silivea graced various world-renown jazz venues such as “Blues Alley”, (Georgetown), as well as “Sound Of Brazil” (SOB’s), and “The Blue Note” in New York City. She also performed live on the 90’s popular musical series by Black Entertainment Television Network called BET’s Jazz Central, hosted by the late Lou Rawls. Silivea has also performed live in Harlem, N.Y. on Urban Radio’s WBLS F.M. for the Quiet Storm live series. She developed the “Living Out Of Bondage TV Show”, that later gave birth to her very own radio syndication called the “Out Of Bondage Music Radio Syndication Show”. The current broadcast is a three-hour show airing once a week nationally in three USA cities, on both traditional and internet radio stations. Whether on the air, behind the piano, soundboard console, or microphone Silivea uses her platform to bridge generational gaps through music. Her repertoire and vocal texture are unique and unlimited.