Colin Lynch in Performance on the Organ 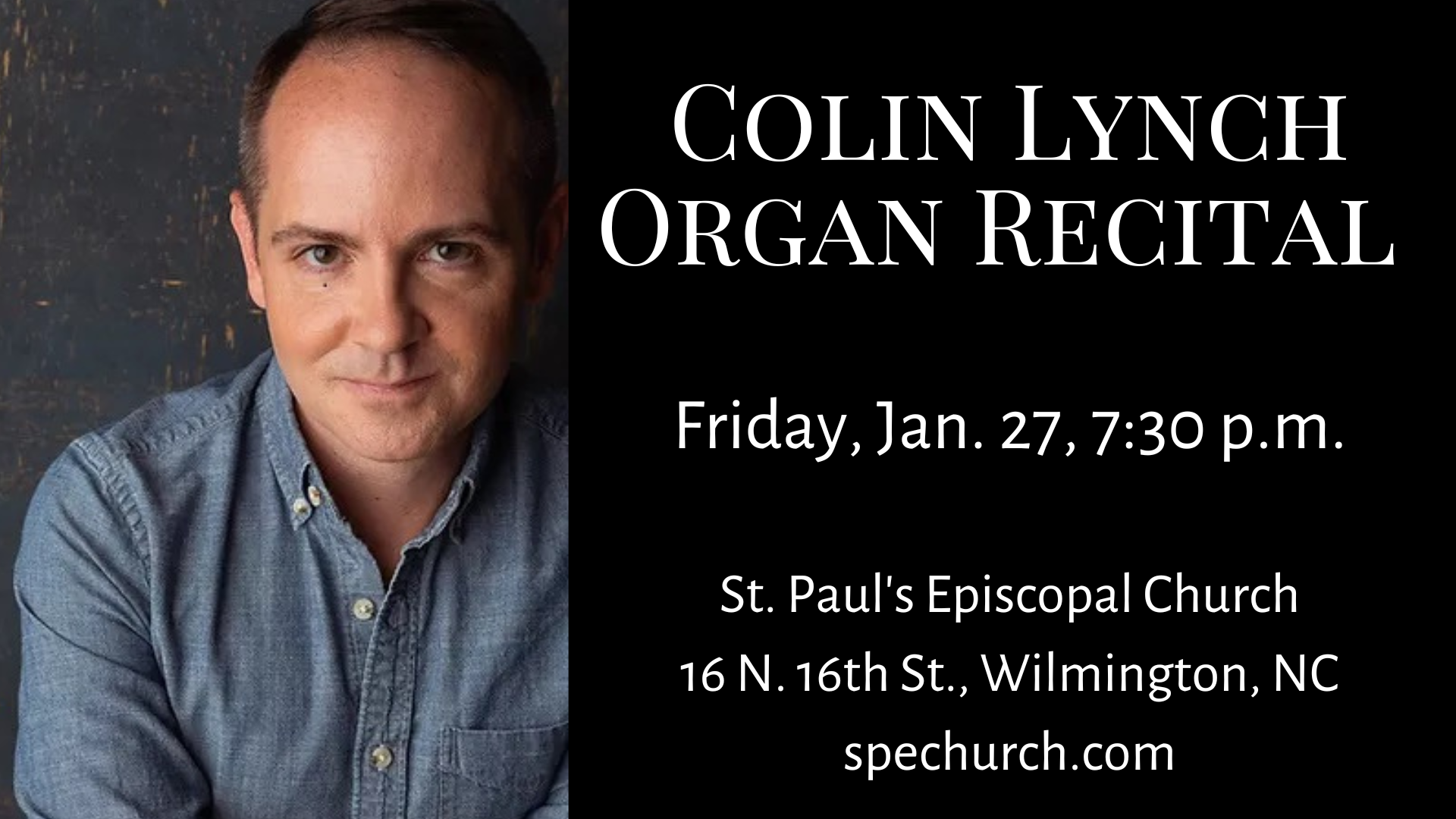 Colin Lynch in Performance on the Organ

Hailed as “an impeccable performer with compelling musicality and technical command,” (The American Organist Magazine) ​First Prize Winner of the Fort Wayne National Organ Playing Competition, Colin Lynch maintains a busy performance career that has taken him to prominent venues throughout the U.S., Europe, Canada, South Africa, Brazil, and Argentina. At the invitation of the Cuban government, he traveled to Cuba as a featured performer and lecturer at the Ars Longa Baroque Music Festival.​ In recent seasons, he has made debuts on Pipedreams on NPR, the Piccolo Spoleto Festival, and at national conventions of the American Guild of Organists, the Organ Historical Society, and the Association of Anglican Musicians.
​

A passionate church musician, Colin serves as Associate Director of Music and Organist at Trinity Church, Copley Square in Boston, MA, which boasts an internationally-recognized music program in one of the most architecturally significant buildings in the country. Previously, he has held positions at Christ & Holy Trinity Church in Westport, CT, Marquand Chapel of the Yale Divinity School, the Episcopal Church at Yale, and as organ scholar at Fourth Presbyterian Church, Chicago. As Director of Chapel Music and School Organist at St. Paul’s School in Concord, NH, he led the choirs on multiple national and international tours and produced two commercially available recordings. ​

In addition to winning prizes in several competitions, he is a member of the music honor society Pi Kappa Lambda and was awarded the Director’s Prize from Yale’s Institute of Sacred Music and was given the honor of playing the only solo recital during the commencement exercises at Oberlin Conservatory. He has premiered works by composers including Richard Webster, Carol Barnett, Libby Larsen, and Matthew Martin.

Colin has been a guest organist and conductor at several summer courses, including the Royal School of Church Music and the Mississippi Conference on Church Music and Liturgy. For several years, he managed the Massachusetts Boy Choir Course, the longest running course of its kind in North America, for which he received an honorary award from the Royal School of Church Music. He has taught for the Young Organists Collaborative and has served on the faculty of the Oberlin Summer Organ Academy, the Eton Choral Course in England, and was director of the New Hampshire “Pipe Organ Encounter,” a program designed to introduce teenagers to the organ.​