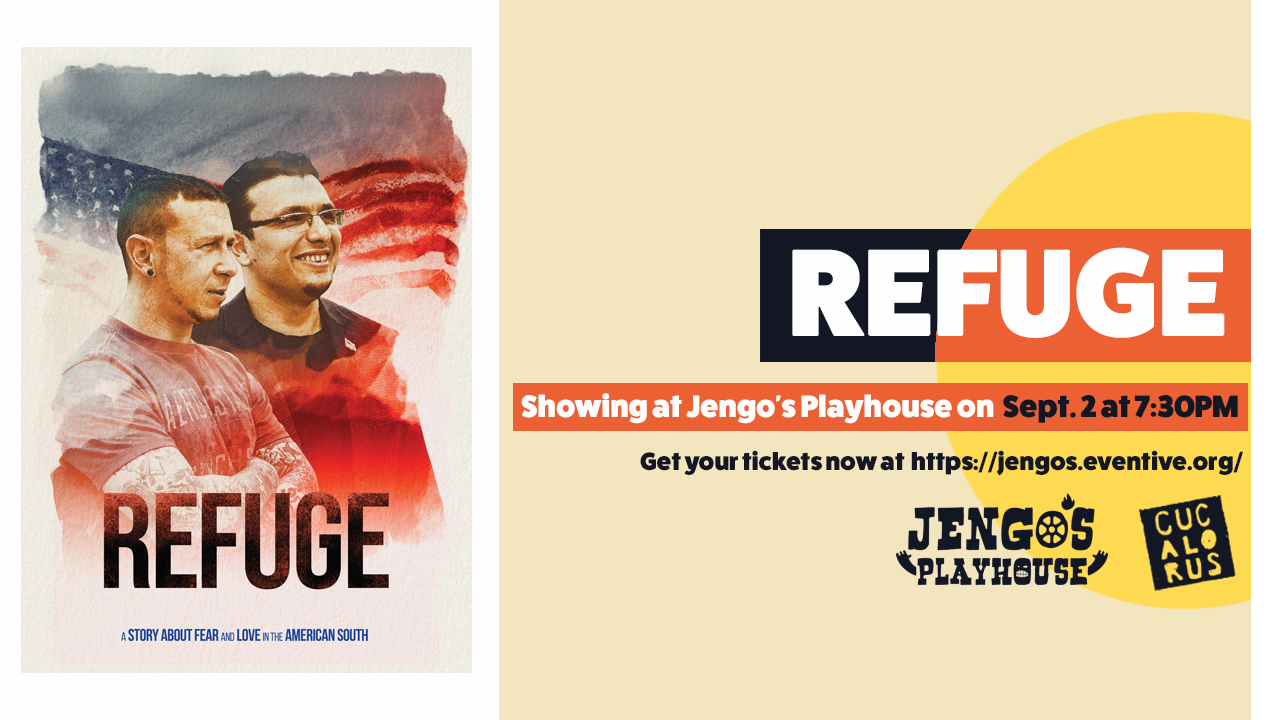 REFUGE is a story about fear and love in the American South. A leader in a white nationalist hate group finds healing from the people he once hated – a Muslim heart doctor and his town of refugees. Chris is a husband and father, a veteran, and until recently, a leader in the KKK. He started hating Muslims when the planes hit the Twin Towers on 9/11, but is forced to confront his hate when he receives a text from Muslim refugee, Heval. REFUGE illustrates the false promises of hate and reveals where real and lasting refuge is found. Where there is love, there is refuge. REFUGE is set in the most diverse square mile in America – Clarkston, Georgia – and follows a Syrian Kurd, a former Klansman, and a town of refugees who seek belonging in a country that blames them for its problems.

This film is part of the Jengo’s Community Film Series and is a partnership with UNCW and the South Arts Southern Circuit Tour. Jengo’s Playhouse bar will be open from 6pm to 10pm.