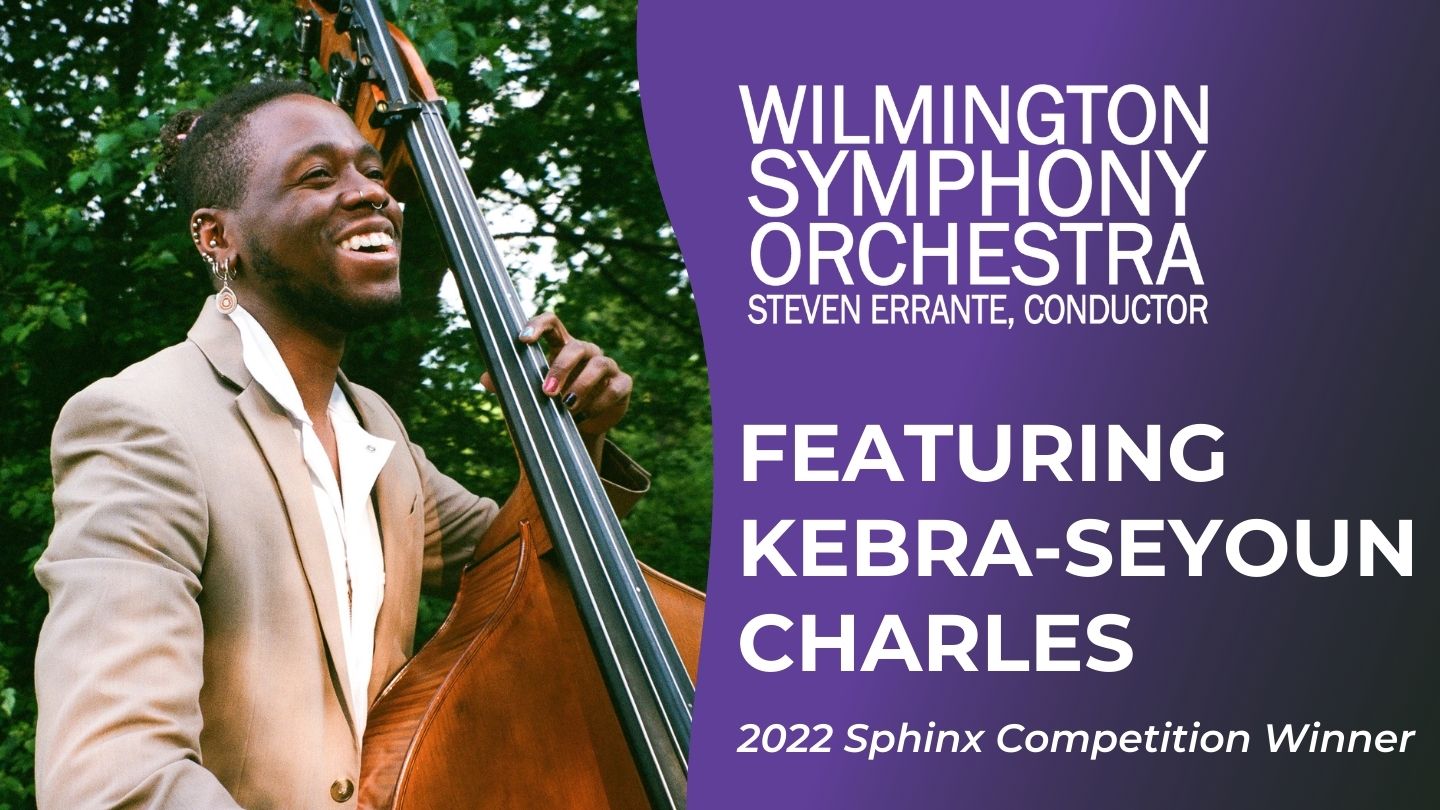 The Wilmington Symphony concludes the 2022-23 Season with Shostakovich’s Fifth Symphony and a special performance by the 2022 Sphinx Organization 1st place competition winner Kebra-Seyoun Charles. Kebra-Seyoun will perform Andrés Martín’s Concerto No. 1 for Bass.

Kebra-Seyoun Charles is a double-bassist originally from Miami, Florida. They received their Bachelor of Music degree from the New England Conservatory of Music, where they studied with Todd Seeber and Lawrence Wolfe. Kebra-Seyoun is currently pursuing his Master of Music degree at the Juilliard School, under the tutelage of Joseph Conyers. They are also a recipient of the prestigious Jerome L. Greene and Morse Teaching Artist Fellowships.

Growing up the son of an African drummer and dancer, Kebra-Seyoun was exposed to music at a very early age. Early exposure to jazz, gospel, and traditional African music led Kebra to express interest in other forms of music. They now study classical music passionately and draw influence and inspiration from ostensibly contrasting genres and musicians. In line with his upbringing, Kebra-Seyoun is able to give prominence to the dance qualities in all forms of music. Exhibiting his versatility, Kebra-Seyoun has had the opportunity to play alongside esteemed improviser and composer Tyshawn Sorey. Kebra-Seyoun also played in the Slugs’ Saloon installation at the Institute of Contemporary Art in Boston, created by famed jazz musician and composer Jason Moran.

In addition to being the principal bassist at the Juilliard School, Kebra-Seyoun is a Sphinx Concerto Competition Winner and alumnus, two-time winner of the Boston Philharmonic Youth Orchestra’s concerto competition, the winner of NAACP’s ACT-SO concerto competition, and the 2021 Southern Illinois Young Artist Competition and International Music Organization competition. They have also been featured by National Arts Club, Performance Today, YoungArts, and From the Top, Bass Players for Black Composers, the American Music Talent competition, and the National Library of Congress. In addition to their solo career, Kebra has performed with many different ensembles, including A Far Cry, Palaver Strings, Boston Philharmonic Orchestra, and Oregon Symphony. From 2016-2020, They were the principal of the Boston Philharmonic Youth Orchestra’s double bass section. This included performances in Boston’s Symphony Hall, Harvard’s Sanders Theatre, Vienna’s Mozarteum, Berlin’s Konzerthaus, and Amsterdam’s Concertgebouw. Kebra-Seyoun has twice played as a fellow of the Tanglewood Music Center Orchestra.