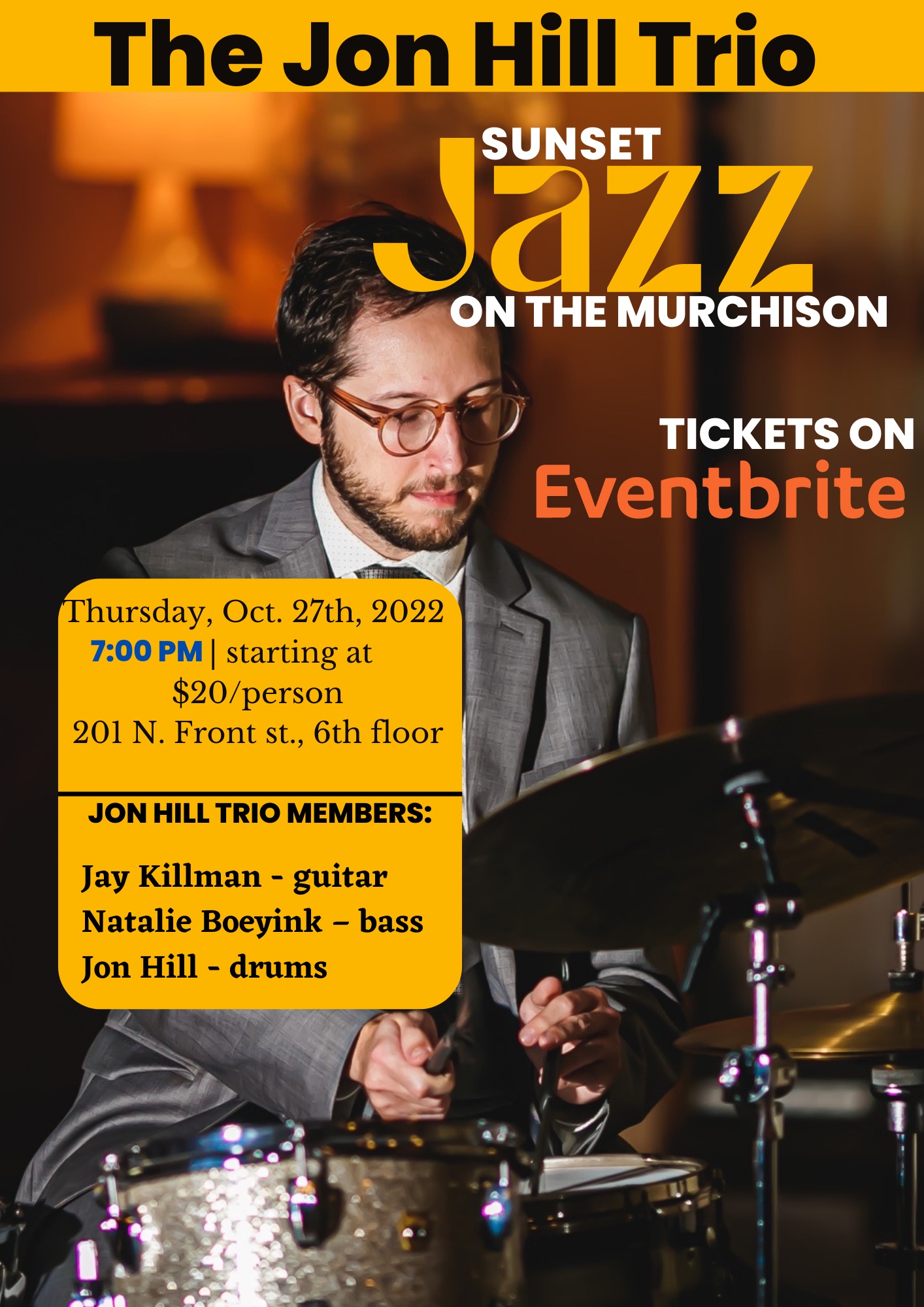 The Jon Hill Trio features Jon Hill on drums, Natalie Boeyink on bass, and Jay Killman on guitar. Performing beloved jazz standards and original compositions— a mix of straight-ahead jazz, blues, funk, and Latin jazz—that captivates with the improvisational skills each member showcases. These three kindred spirits all met through UNCW’s music department. Starting in 2015, Boeyink served as a professor and mentor to Hill as he made his way through the school’s jazz program, later becoming colleagues after Hill graduated and joined the music faculty as drum set instructor in 2018. Killman attended UNCW from 2018 to 2021, studying with both Boeyink and Hill. Throughout this time, the three collaborated on many musical projects and performed around Wilmington and the greater Eastern NC region extensively. The unique mix of mentorship, collaboration, and friendship these three musicians share has created a strong bond that shines through in their playing.